Hello!! I'm Calysis (previously Frogz), and I've been an EN forum sentinel since January of 2016! If you're curious about what a forum sentinel does, you can check out this thread for more information.~ ^^


If you are ever in need of assistance, please feel free to contact me by sending me a private message!
→ Before contacting me for help, please know that I am not an in-game moderator, so I cannot handle any in-game reports or appeals you may have!


If you wish to appeal a forum mute, then go ahead and send me a private message.
→ Even if you're unsure which sentinel muted you, I can direct you to the right place!


If you wish to appeal an in-game ban, then be sure to send a message to any moderator listed on the Staff FAQ!
→ If it's an in-game report, please use the /report function in-game to report in-game problems such as chat offenses and hacking. You can still report bad avatars, usernames, and tribe names to sentinels!


If you're here, I guess that means you want to read a little more about me. ^^;

Hullo!! I'm Brandi or Dani – whichever you wish to call me. I'm nearly 25 years old now, and still don't really know what I'm doing in life.
I spend most of my time either playing video games, reading comics, or watching tv/movies.
I have a cool and nerdy boyfriend (my listed soul mate!) of 6 years. He's ... cool, and stuff!!!
I also have two wonderful pets, which obviously means I have to show you pictures of them. 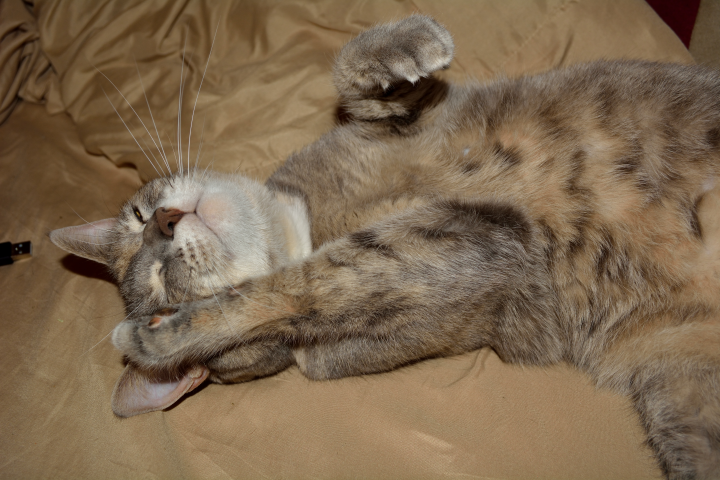 Ash, who is the loudest and the oldest, has been with me since she was a kitten for about 14 years now. She's super talkative and a total cuddle bug. She'll definitely let you know if she wants some food or if she wants inside a room. 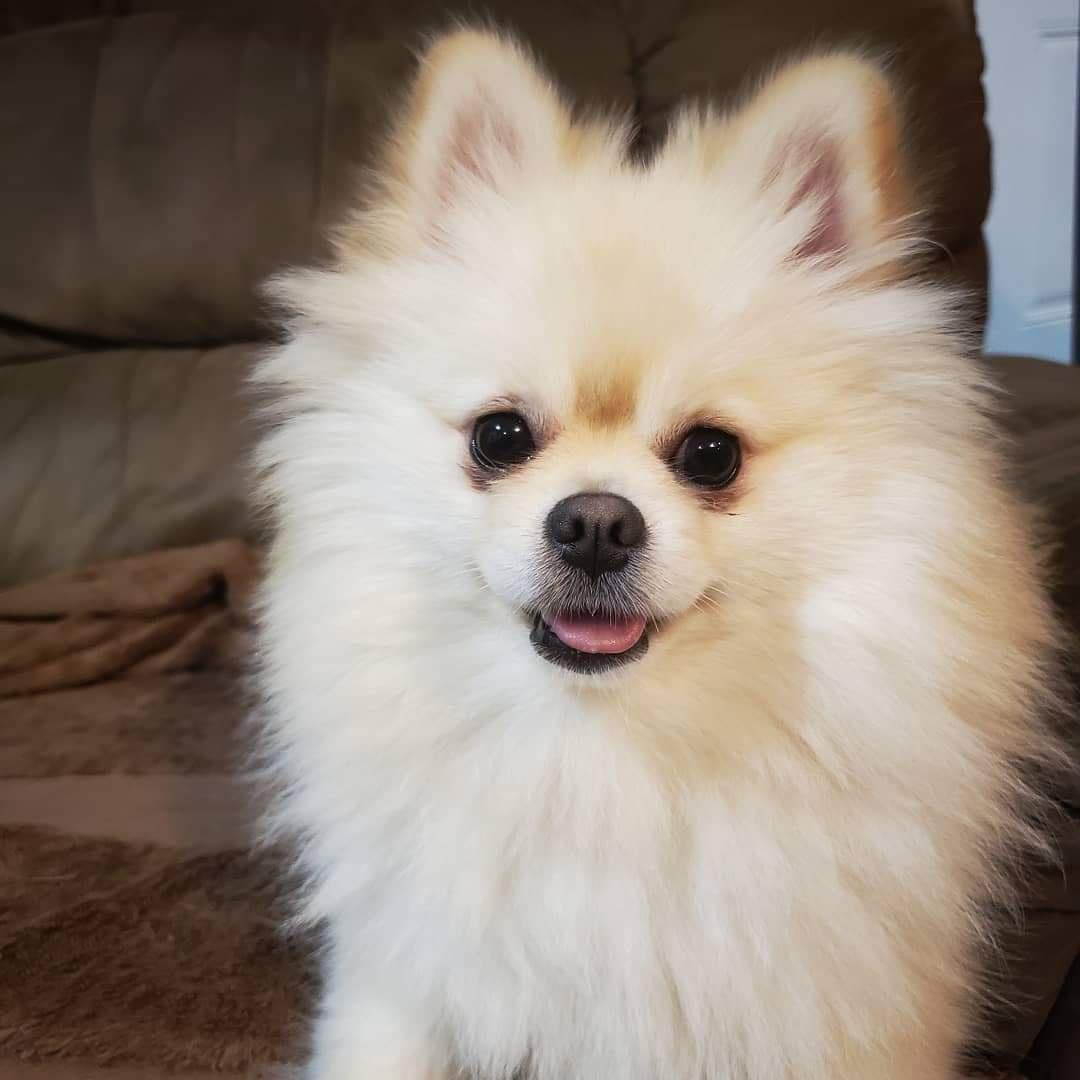 Biscuit, the doofiest and the youngest, is a 3 year old white and cream pupperanian who is kind of sort of definitely stubborn. He makes up for his stubbornness by being insanely adorable. He loves everybody, and his favorite activity is jumping up and down despite it being bad news for poms! He's recently had surgery, so he has a lil cone so he won't mess up his sutures!
Biscuit!! With cone!!! 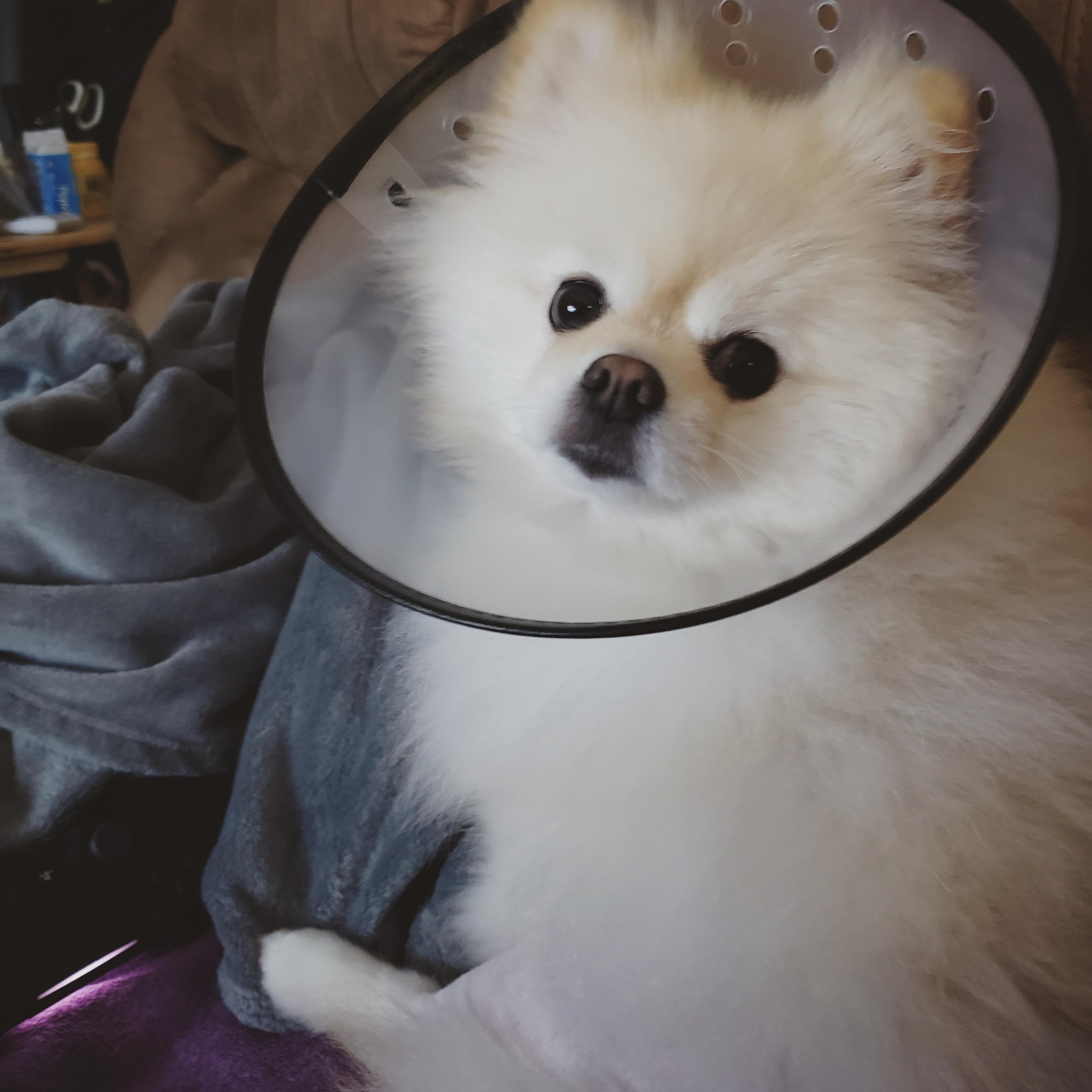 And... That's about all I know to put here. So, uh, congrats for reading this. Guess I'll add a list of my favorite things!

movies – hocus pocus, joker, jango unchained, disney, studio ghibli, in this corner of the world, the sound of music. by Chipmeow
Image: https://pre01.deviantart.net/d3c8/th/pre/i/2016/172/a/f/calysis_by_chipmeow-da72rkk.png
This image has been hidden by default to protect your privacy.
by Lileaus 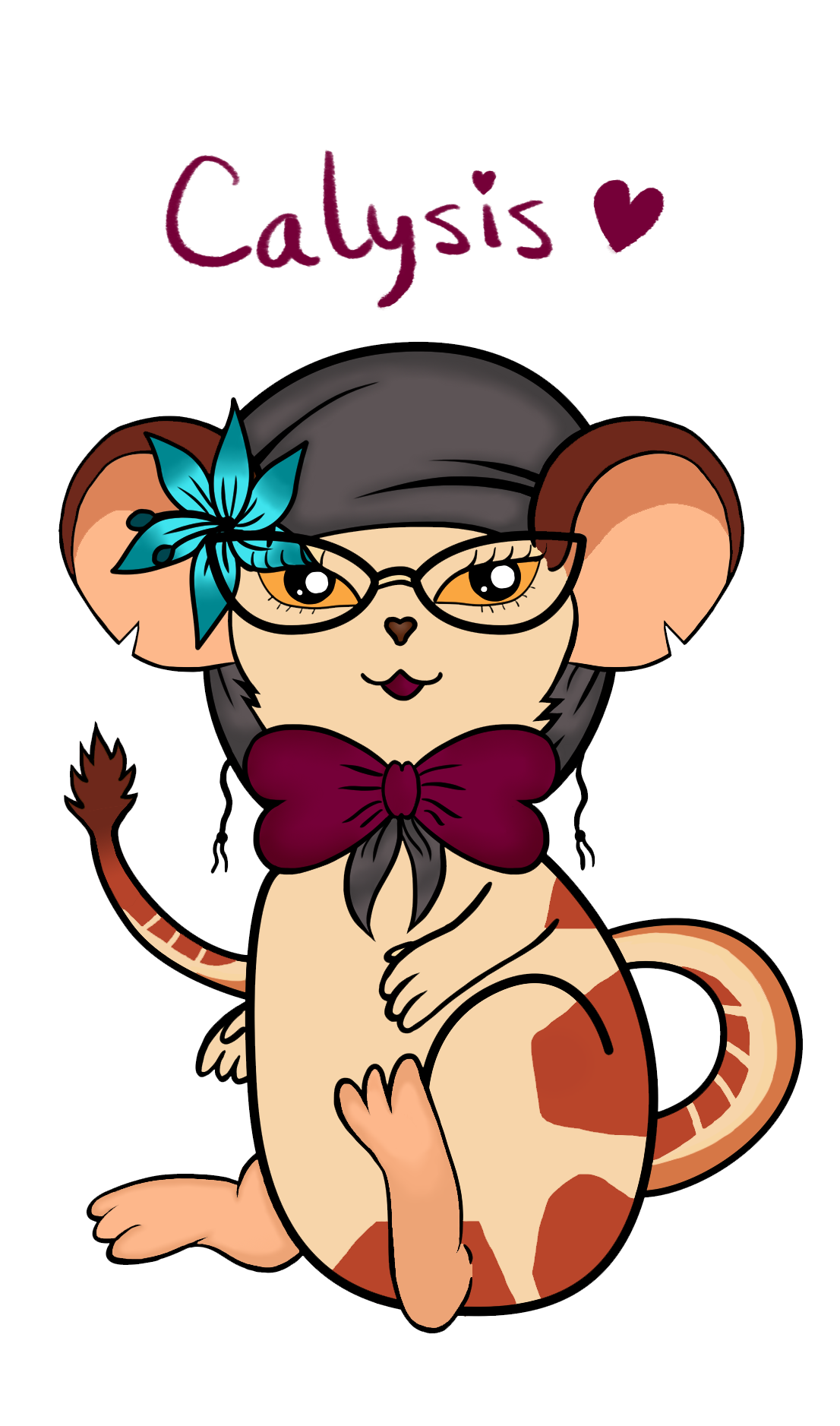