Image: http://i.hizliresim.com/M1qo0N.png
This image has been hidden by default to protect your privacy.

Image: https://i.hizliresim.com/XbO9X7.png
This image has been hidden by default to protect your privacy. 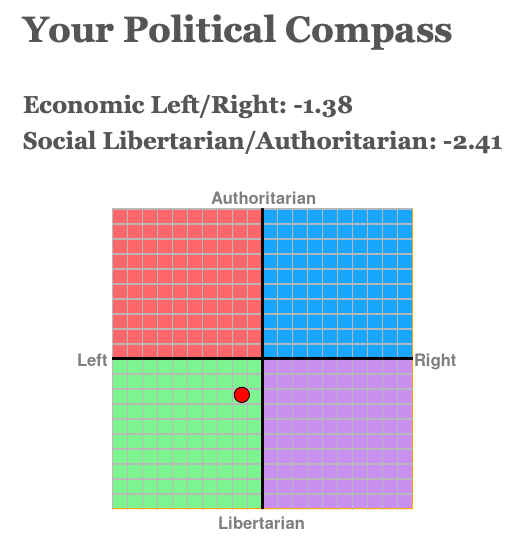 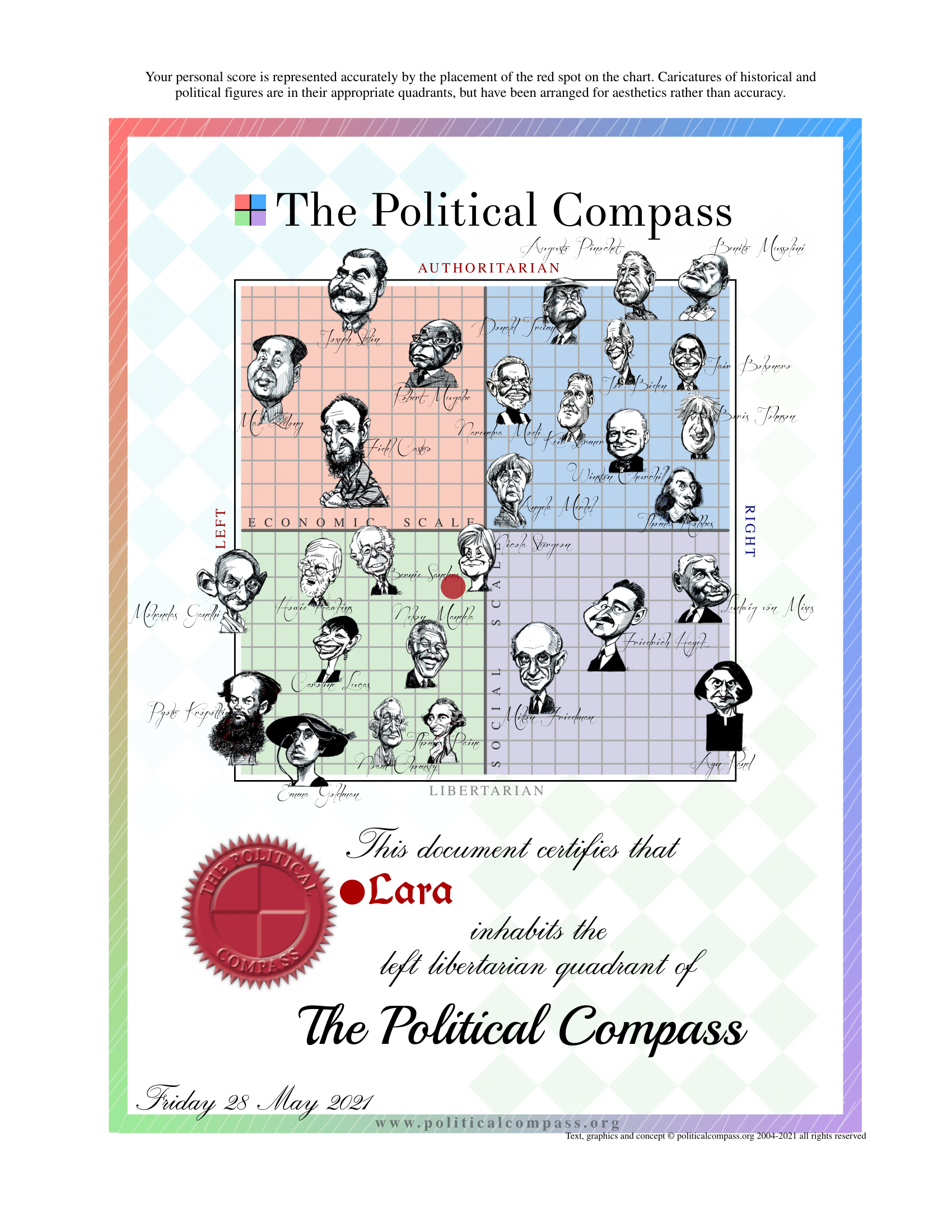 Do plagiarize at your own peril :shrug: you’ll get an F instantly bro

The major functions of translation that the Romans assumed were understanding religious texts, teaching, spreading knowledge, improving the Latin language and transferring Greek classicals to Latin to supplement the Latin literature. Many translators at the time used the sense-for-sense method for target-oriented non-religious texts. The strategies that they used for sense-for-sense translation were imitation, rewriting and paraphrasing for better understanding, compilating and abridging for preserving compact works, and borrowing, coining new words to amplify the vocabulary and expressions of the Latin language. Because they regarded translation as an improved version of the source text, they did not just copy and paste Greek literature as is, they added on top of it. Translators during translation process felt free to improve the text for the Roman audience since they used imitation as one of the translation methods when translating literary texts which were target-oriented. Using imitation meant that they could use their imagination and creativity to further improve the source text to their liking. This sort of flexibility in translation gave them the freedom that they needed to not just only regard translated text as original but also completely abolish the segregation of translated and original texts. Contrary to modern belief, translating the source text for a target audience was just as important as creating the source text at the time, thanks to the freedoms they had with the many methods they used in translation process that allowed Roman translators to be as creative as they desired.

Dao’an set five rules for translating sutras, the holy texts of Buddhism, which are called “shiben.” Shiben translates to “losses,” which can be interpreted as omitting certain things from the source text for the target audience, such as repetitions that are not necessary in the target language. Not only omitting particular elements in the target text, but also changing it in its foundation is also a part of the shiben. The Chinese syntax would require translators to reverse the sutras, or even reconstruct whole sentences for the better understanding of the target audience. The audience of the Chinese literature seemingly appreciate elegancy more than plain style; therefore, simple, undecorated words of the sutras would be transformed into a more sophisticated style, however, parts that were considered to be excessively detailed would be simplified to fit the target audience’s expectations. As for St. Jerome’s Bible translation, in his time, it was a lot harder to be as creative as the Chinese when it comes to the word of God. He claimed to have translated the Bible with sense-for-sense method just like Dao’an, which was not so acceptable at the time because the general method was word-for-word translation. There were already existing translations, so his was sticking out like a sore thumb. Unlike Dao’an, St. Jerome chose to make a standardized version of the Bible for everyone. He also went back to the old translations and utilized them in his version, while Dao’an opted to create a different interpretation.

From 14th to 16th century, Bible translation thrived with so many versions and prominent names like Whycliffe, Erasmus, Luther and so on. In the foundation of all the versions was the aim of making Bible a worldwide source of the word of God, so throughout the three centuries, translators created many versions and interpretations of the Bible in an attempt to make the holy book accessible and understandable for any literate person. The fact that the Bible kept being translated by many translators significantly influenced the Reformation, the development of vernaculars and consequently, translators became very active in politics and religion since they battled the wrong teachings of the Church. The methods that the Bible translators used in 14th to 16th centuries were divided in two: sense-for-sense methods and word-for-word methods. The former included correcting the former translations and borrowing new words to make better sense of the source text and using colloquial language for the laypeople, while the latter was completely source-oriented and the words of the source text would be transferred to the target text in the target language without ever touching the syntax. By the quote in the question, Bassnett meant that translators became active figures, heroes in fact, not only in linguistic matters but also religious and political issues to stop the Church from using religion to manipulate people.

"And the raven, never flitting, still is sitting, still is sitting
On the pallid bust of Pallas just above my chamber door;
And his eyes have all the seeming of a demon that is dreaming,
And the lamp-light o’er him streaming throws his shadow on the floor;
And my soul from out that shadow that lies floating on the floor
Shall be lifted—nevermore!"

Emily Dickinson’s “I Felt a Funeral in My Brain”

"And then a Plank in Reason, broke,
And I dropped down, and down –
And hit a World, at every plunge,
And Finished knowing – then –"

Between the two speakers who are seemingly challenged by their own nightmares which are eating at them from within, the one thing that is in common is that they describe themselves as though falling from someplace, falling into a darkness from which they see no salvation, no escape; it is the deepest, darkest place which their mentality cannot handle: depression. It is the kind of one that made them suffer to the point where the speaker in Raven accepts the harsh truth, the hopelessness that drives him to it, and therefore he believes he “shall be lifted – nevermore!” Whereas the speaker in Dickinson’s poem is beyond madness already, as can be interpreted from the line “And then a Plank in Reason, broke…” Something in her mind broke and she found herself falling into a pit of insanity until she finally hit the end, after which she found her mind at a complete stop as she “finished knowing – then –”. To these two speakers, death of the mind is the same as death in itself: it is an end, as both of these stanzas are at the end of the poems they were taken from. There is nothing afterwards. They are both done at this point and there is no return, as the speaker in “I Felt a Funeral in My Brain” is buried alive and the soul of the speaker in “Raven” is lying on the floor, even his soul is dead, and there is no going back.

They are alive and well somewhere,
The smallest sprout shows there is really no death,
And if ever there was it led forward life, and does not wait at the end to arrest it,
And ceas’d the moment life appear’d.

All goes onward and outward, nothing collapses,
And to die is different from what any one supposed, and luckier.”

According to the speaker of these lines, death is a part of life, even though death literally means the end of life. To him, however, life is a cycle and death is in that cycle, helping life exist. The dead are everywhere as they are reborn into other objects, even as plants, as the line “the smallest sprout shows there is really no death…” suggests. Death is something blessed to the speaker, it is a thing that keeps things in balance, “All goes onward and outward, nothing collapses.” All of the ideas that the speaker has about death is completely different from those of the other two speakers’ from Poe and Dickinson’s poems, in that the speaker glorifies it while in the poems prior death is the full stop at the end of a long sentence that is life. In one hand death is an end, on the other it is a continuation, it leads to other lives blossoming, and comes death again “and [death] ceas’d the moment life appear’d.”

In “The Creation of Adam,” we can clearly see that Adam and God are very close, in that they are almost touching each other at the fingertips. At the back of God, a brain shaped hole from which the God appears with other humans is seen. This symbolism refers to the God giving Adam a part of his mind and soul. Adam and God also look very similar, to the point where it can be inferred that Adam is God but younger, which leads to the idea that he was created in the image of God. This fits the Renaissance view of man, as they believed that mankind was the most important creation of God, thus possessing a part of Him.

In Pico’s “On the Dignity of Man,” the image of man is a lot more different from the medieval times. Pico brings attention to human potential and freedom. According to the God’s words to Adam, man is not only the center of the universe as His highest and the most important creation, but also man possesses a part of God in their soul which liberates humankind and provides them limitless possibilities as seen in the Renaissance view of man. For that reason, man can be anything and anyone. Contrary to the medieval view, humans are not born into a predetermined social status; therefore, it is their will to climb up the ladder of the social hierarchy. The Renaissance view shows that anything can be achieved. Mankind is not a slave to any limitations and is free.